Over the past few yeas I have photographed many fungi in Tasmania and wanted to start being a little more thorough re ID-ing and recording them, so expect to see lots of random posts now and then as I try and sort through my fungi photos and present them in a somewhat useful manner! Most of the ID notes are from the Tasmanian Fungi field guide by Genevieve Gates and David Ratkowsky. 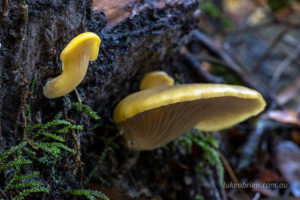 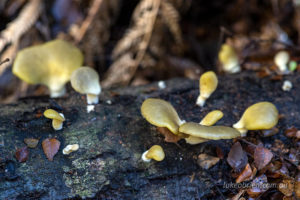 Small group of this fascinating fungi 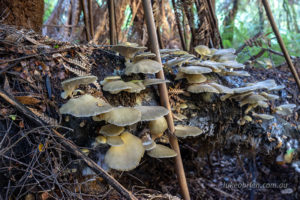 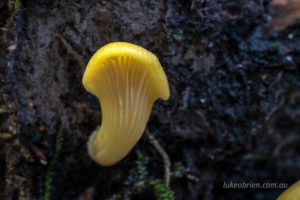 Beautiful yellow hue of an emerging Pleurotus purpureo-olivaceus. Again shot at f16 for some detailed depth of field, this time a 25 second shutter speed was required. Needless to say a tripod was also essential! 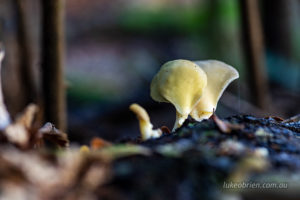 Another view of the fungi.

This species is mostly found in the typical autumn months, ie April-May-June, growing on rotted wood.