Intrigued – and perhaps even a little alarmed – at MONA’s Dr Evil-inspired announcement of a huge fricking laser firing away at Hobart this weekend I ventured up kunanyi / Mt Wellington armed with nothing but a camera and a tin foil hat. 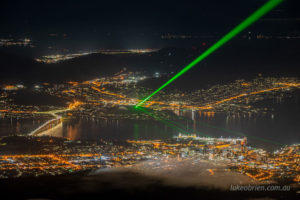 The huge fricking lasers were based on Rosny Hill on Hobart’s eastern shore and swung wildly through the evening. Every now and then, however, they would hold steady and point in one direction for a short period, creating a stunning light saber to rival even that of Spectra. 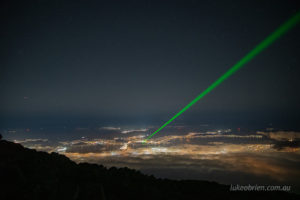 Wider angle on the beacon beam.

Then all of a sudden they would pulsate wildly crating stunning effects for the camera. 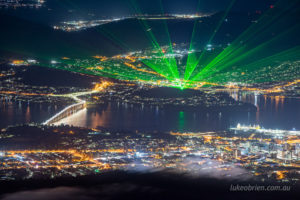 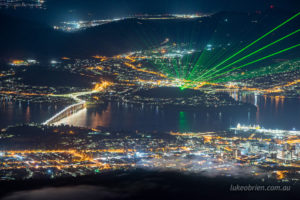 Shortly after the shot above

The light show was in fact Beacon, by Robin Fox. You could tune in to music and effects which were all in sync with the pulsating light. Rather spectacular, as Mona related light shows generally are – Dark Path, Articulated Intersect. 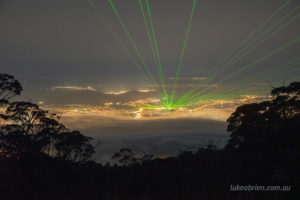 First shot of the evening, aiming to include some of the snow gum woodland. The mist along the river certainly added a lot to the scene! 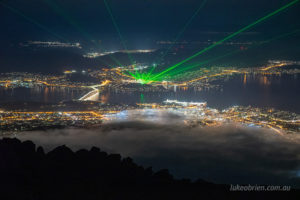 The view was better right up on top though of course 🙂 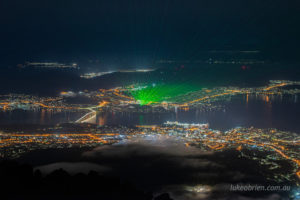 Wider angle shot from the top of kunanyi / Mt Wellington 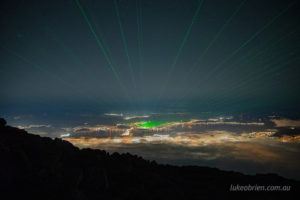 Wide angle shot as the lasers fill the sky above Hobart

After an hour or so up kunanyi/Mt Wellington I headed down, aiming to get some shots from Montagu Bay near the source of the beams. I stopped in South Hobart on the way. 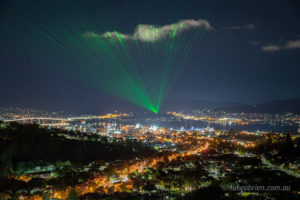 View from South Hobart – much closer to the beams from here 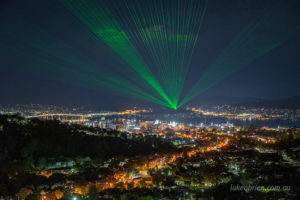 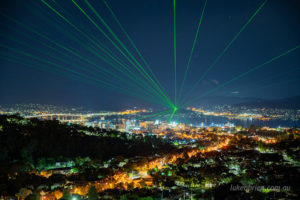 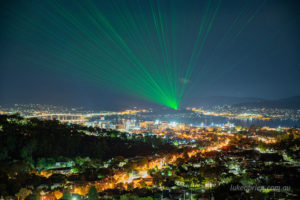 In the end I spent a little too long in South Hobart, the lasers being switched off almost immediately upon my arrival on the eastern shore.