At the risk of sounding political – well, there is an election this weekend here in Tasmania – I am sharing these photos of magnificent rainforest in the Tarkine. This particular area, along the Que River, contains massive old myrtle trees, giant ferns and fabulous fungi. 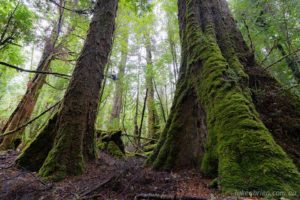 There is no question of the forests age, beauty and importance as an intact natural environment. Yet both major parties in Tasmania are promising to log areas such as this if rewarded with a “stable majority government”. 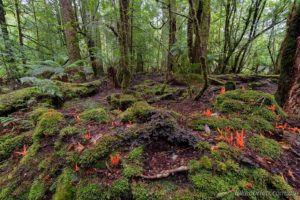 At the same time, both major parties are insisting that Tasmania does not log old growth or rainforest, and those dastardly “greenies” are dirty rotten liars for suggesting they do. 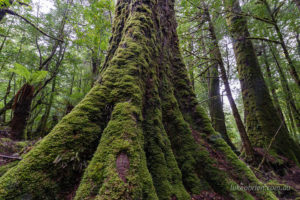 It always seems to be “back to the future” when it comes to this issue in Tasmania. It shouldn’t be so divisive, and it certainly shouldn’t be seen as “radical” to advocate for the protection of these areas – especially given that the industry itself, and both major parties all claim to not even be logging places like this in the first place! They obviously know it is on the nose, and not appropriate in a 21st century where climate change and environmental degradation are increasing at alarming rates. 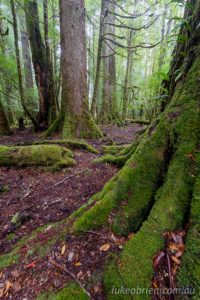 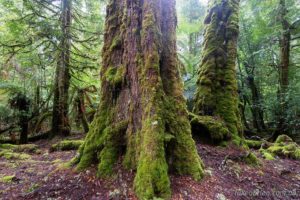 Tasmania’s cool temperate rainforests are best left exactly as they are – as cool and wet natural fire retardants; as homes for a myriad of wonderful biodiversity; and as a linkage back through time to the age of the dinosaurs and Gondwana. 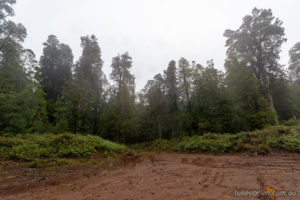 Jobs in tourism and in plantation based forestry are the future. Claiming carbon credits for leaving giant trees standing is the future. Wholescale clearing of centuries old rainforest however must be left in the past.