Here are some of the fungi I found along the Twisted Sister track in my snow trip last month. Despite the wintery conditions in early June, there was still quite a lot of fungi to be found. The waterproof overpants were the most important bit of gear for this particular shoot! 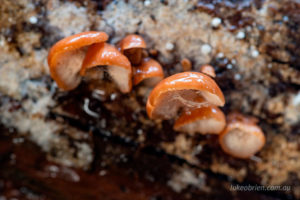 Brown/orange fungi, lit up with some reflected light from my Smoked Salmon reflector 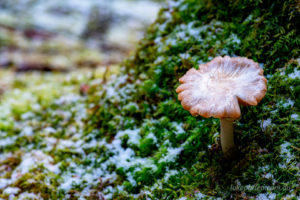 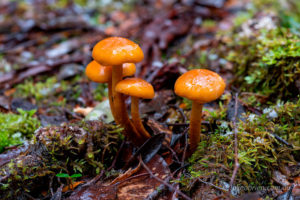 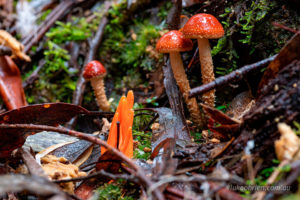 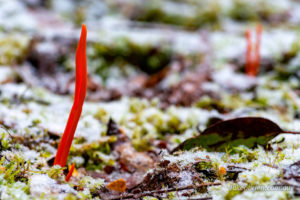 This one’s fairly common in autumn, erupting like tiny little flames from the mossy forest floor. Even the snow can’t quench them! 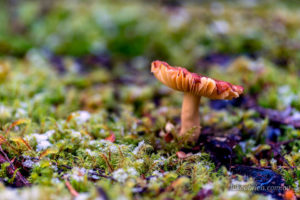 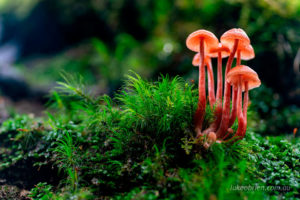 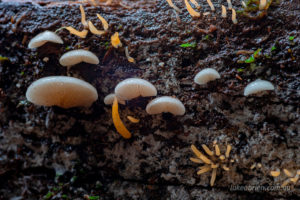 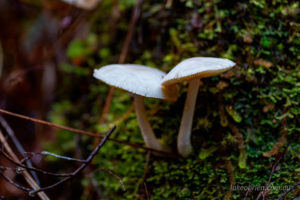 Plain old white ones, but still worth a quick shot! 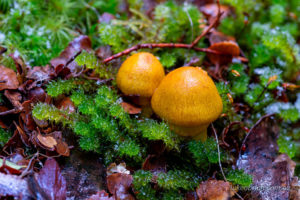 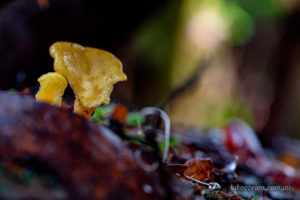 The Twisted Sister Track, previously slated for logging but luckily now part of the Florentine River Regional Reserve, is accessed from the Gordon River Road, around 20 minutes past Maydena and is a fantastic easy walk through some stunning forest – with or without the fungi, it is always worth a visit 🙂