Along with my jaunt on kunanyi / Mt Wellington a few weeks back I also took a drive along the Gordon River Road to check out some snowy vistas in Tasmania’s south west. I have recently purchased the Pentax 150-450mm and while it is primarily a wildlife/bird long lens I put it to some good use today shooting some long shots of snowy peaks and misty ridgelines. 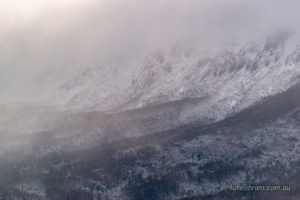 My first stop was on the Styx Road, to get some long views of the mountains, and it did not disappoint! In particular the mist and sunlight played really well together over the forested ridgelines. 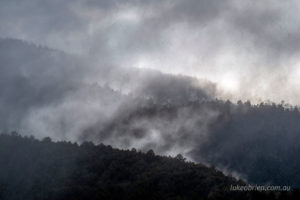 The sun trying to break through really made this scene something special. A snow flurry came through right while I was shooting too 🙂

After the Styx Road I countinued towards the South West, stopping at the highest point on the road, where there are great views to the distannt Thumbs and the Needles are close by. 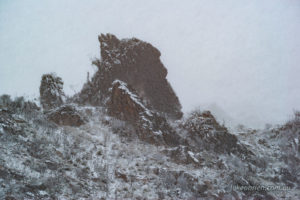 The Needles, at the highest point on the Gordon River Road. Lots of snow on the mountains, not so much on the road – perfect! 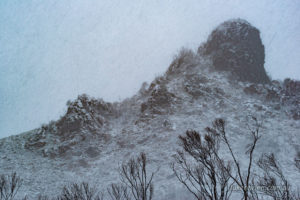 Another composition of the snow covered Needles 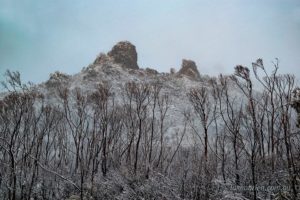 I continued further and caught some really nice sunlight over the Florentine Valley forests before another fairly steady snowfall came through. 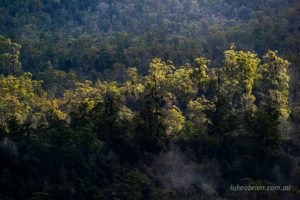 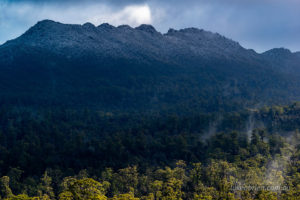 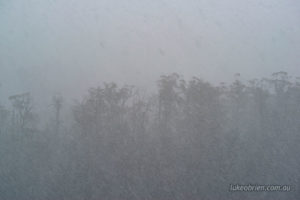 …and then all of a sudden it was snowing again!

I did a quick lap around the Twisted Sister track to check on the fungi before I decided it best to get back over the high point on the road before it potentially became too snowy. All in all a great little excursion!