The Flying Duck Orchid is one I haven’t found before (although admittedly I haven’t spent lots of time searching!) but last week I made the time to go out and find some at the Peter Murrell Reserve in Kingston. 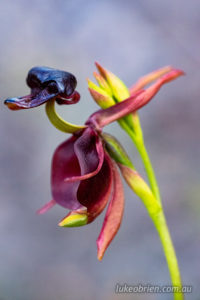 There is clearly no doubt as to how this particular species gets its name, it looks exactly like a ducks bill and eyes with a couple of petals stretched out like wings to boot. 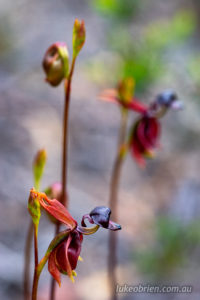 A flock of ducks, Peter Murrell Reserve in Kingston

There were actually quite a lot to be found. Many were individuals but there was a patch where dozens were in very close proximity, so clearly this Reserve is a good spot to go duck hunting. 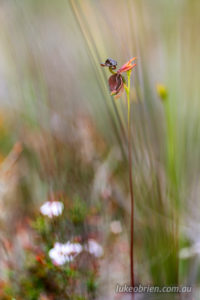 A wider angle of the flying duck. It’s good to get a location shot too!

We also found a sun orchid, and plenty of non-orchid flowers so if you have the time, now is a great time to be out and about exploring Tassie’s reserves. 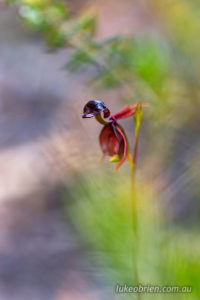 A flying duck framed by some vegetation 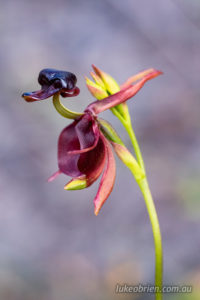 With the state gradually re-opening its borders to all states but Victoria – which is probably only a few weeks away from re-opening, now is a good time to start planning a trip! I have been updating my workshops to include more private tours, and my Hobart & Surrounds and Mt Field/Styx Valley day tours are great for those with less time.