Wowsers. What a sight. Ghosts – everywhere. Who you gonna call? Well to be honest, I called one of the fine folk in charge of the Tasmanian Fungi facebook group to find out where these beauties were and was rather surprised to be personally guided to the site! It was amazing. I packed a tent and spent the night in a pine plantation with nothing but these glowing ghosts for company. It was great 🙂 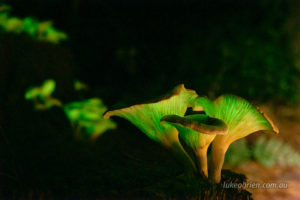 One of many favourites from the evening. With a little sidelight on the scene. 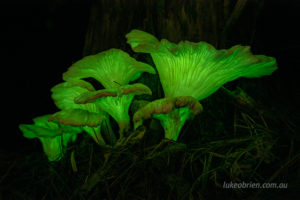 Another favourite – I shot this one twice, once in complete darkness and once with just a tiny bit of light (this one) which showed up some of the pine needles

If you are a regular visitor to my site you will have seen plenty of fungi posts around autumn over the years, and a couple of ghost stories recently, but this really was a whole new experience for me – a literal ghost mushroom paradise. There were dozens of them, and it was an utterly dark and moonless night. 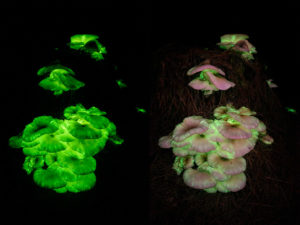 Left – the mushrooms as shot with no added artificial light. Right – the same shot with a few seconds of light flashed over the scene. 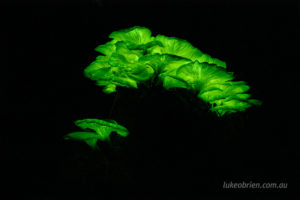 I ended up shooting for hours (not as difficult as it sounds when each exposure was 3 minutes!) and did some experimenting with lighting up the scene, soon finding the camera really didn’t need much artificial light to overpower the glow of the ghosties. 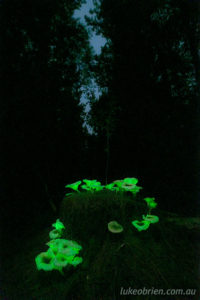 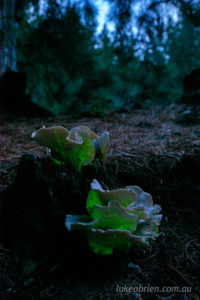 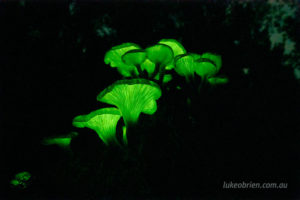 Another one with a bit of sky. Does it make the grade as one of my favourites – yeah it does 😉 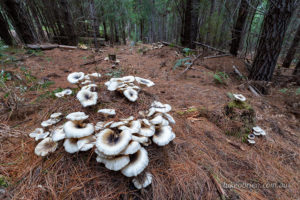 The Tasmanian Fungi Facebook group is a brilliant place to learn about Tasmania’s unique fungi, make sure to join for lots of fungi info.