Thursday November 4, 2021 was a stunning night viewing the southern lights, and included some incredibly high beams on a perfectly clear and dark night. 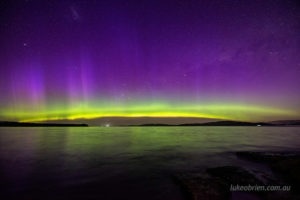 The aurora dancing above Bruny Island from South Arm, November 4 2021

Tasmania was treated to a real spectacle as a major geomagnetic storm hit and the aurora put on a mesmerising dance. The night was perfectly clear for what was one of the best auroral displays I’ve seen, about on par with the massive one in October 2015. The shots below were taken from dusk – around 9:00 – through to around 12:45 (and apparently it picked up again after I’d left!). 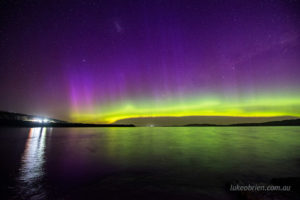 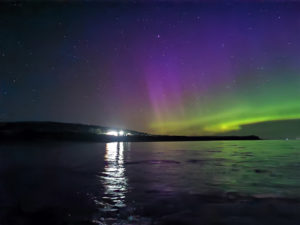 This shot was taken on my phone! 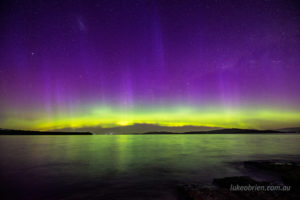 At this point I started noticing the beams were reaching right out of the top of the frame and started angling the camera more upwards! 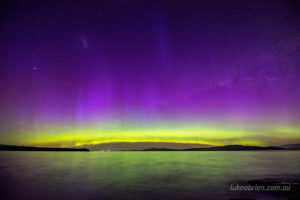 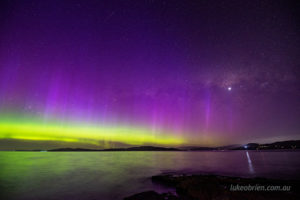 The bright “star” is actually Venus 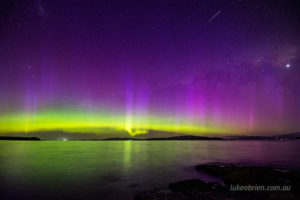 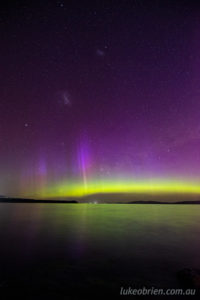 Reaching for the Magellanic Clouds 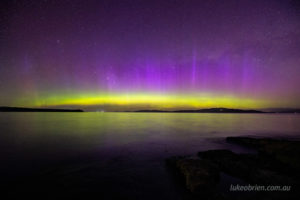 Things started to settle for a little bit around this point… 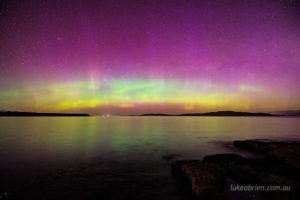 …but not for too long! 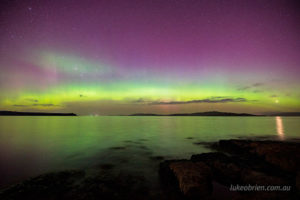 The colours seemed to change as the night wore on, the purples replaced with pinkish red 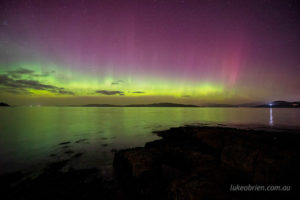 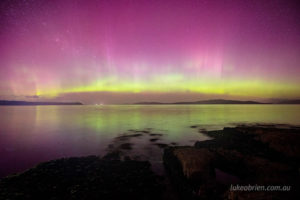 For the record, this aurora was a KP7 storm, with the solar wind speed around 700km/second and the Bz was in the negative teens for much of the afternoon leading up to our night.

The sun really has woken up with a blast in 2021, and as great as last weeks display was the best news of all is that there will be many more wonderful experiences under the southern lights coming up in the next few years!