The night of March 20, 2021 was a good one for aurora viewing – a lot of things lined up just perfectly. Super large coronal hole on the sun blowing the solar wind at the earth? Check. Moonless night? Check. Cloud free skies – absolutely! And a well behaved aurora that started performing right on dusk 🙂 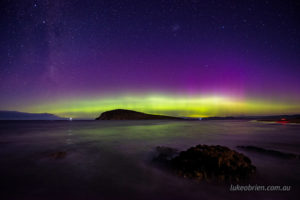 A beautiful aurora appeared right on dusk on March 20, 2021

The evening started very promisingly as the aurora was visible even through my cameras live-view while the dusk twilight was still quite bright in the evening sky. 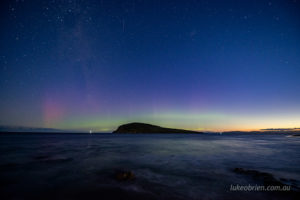 Twilight aurora! Visible through the cameras live view and in spite of the twilight glow 🙂

As it got darker the aurora put on a great little show, with lines of auroral activity clearly visible to the eye. 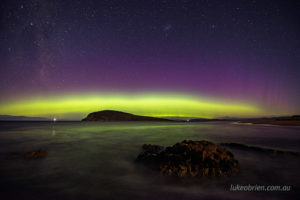 The aurora lights up the night over Betsey Island, March 20 2021 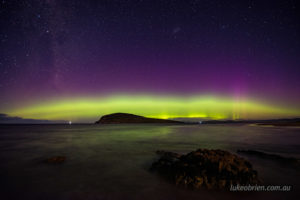 The form of the aurora was very much visible to the naked eye this evening, particularly the denser yellow line closer to the horizon in this pic. 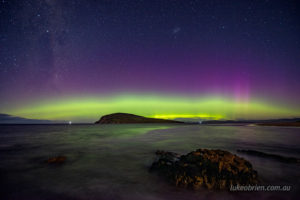 A few little beams. My composition was deliberately sky-heavy as ever the optimist I was hoping for much bigger beams than we ended up getting! 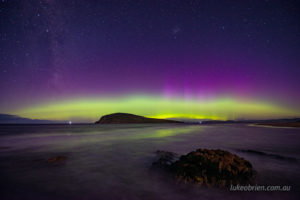 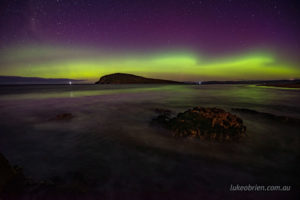 After the early action the aurora settled into a less defined glow, captured in camera almost like waves in the sky 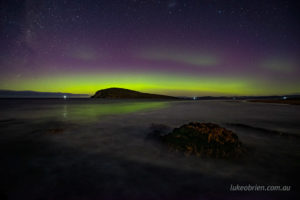 It was a real joy to see an active aurora again, and I look forward to many more in the dark winter months ahead. With a little bit of luck they might even appear during one of my upcoming workshops 🙂