With a big dump of snow promised by the forecasters, a day out in the South West seemed like a great idea so we headed off bright and early. I’ll let the pictures tell the story… 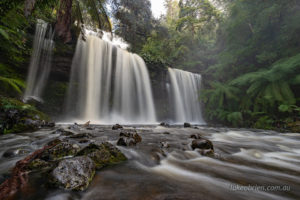 First stop – Mt Field to check in on Russell and Horseshoe, both of which were looking very fine 🙂 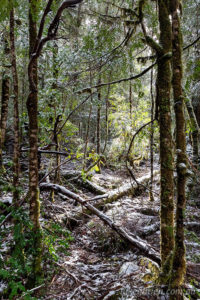 Next stop, the Twisted Sister track off the Gordon River Rd to see some forest scenes covered in white. 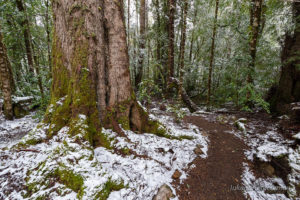 The track winding through the forest 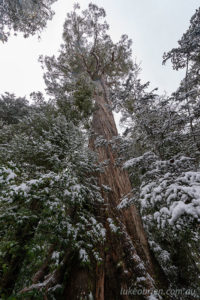 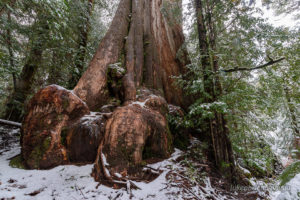 The base of the Twisted Sister 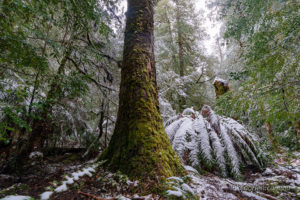 Snow covering the rainforest, a delight 🙂 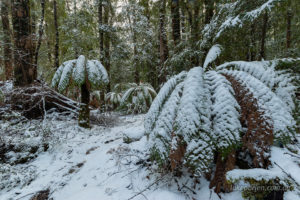 The ferns in particular looked great in white 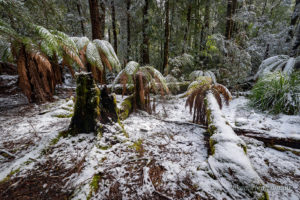 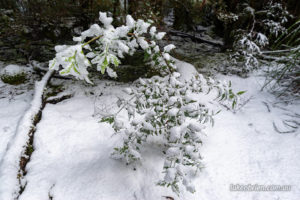 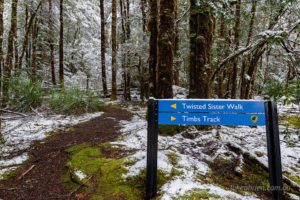 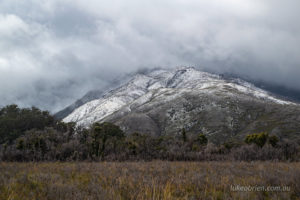 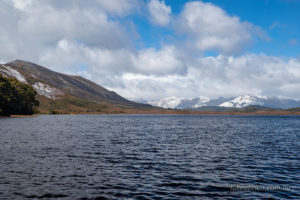 The Western Arthurs, glimpsed across the Edgar Pond near the end of Scotts Peak Rd 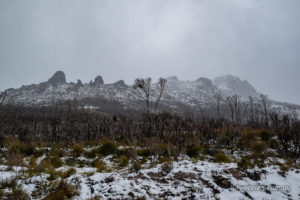 Returning to Hobart, the snow started to fall again on the Gordon River Rd at the Needles.