I recently spent a couple of days down on South Bruny Island. There is great camping at Jetty Beach Campground which is only a short drive from the South Bruny Lighthouse, where there are great scenic spots – including of course, the lighthouse itself! 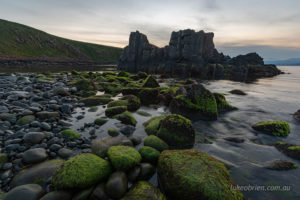 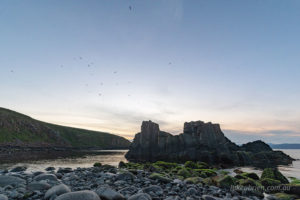 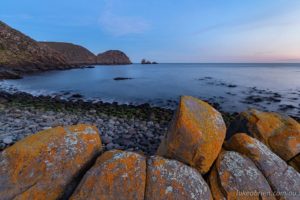 For dusk, I wandered on down to the rocky foreshore in front of Courts Island. There wasn’t any great colour in the sunset but it was nice to capture some shots of the rugged coastline in low light. There were a lot of shearwaters circling on dusk, and I got an interesting shot of them with Courts Island in the background. My favourite spot was some rocks covered in a deep yellowy-orange lichen, which really contrasted nicely against the blues of blue hour. 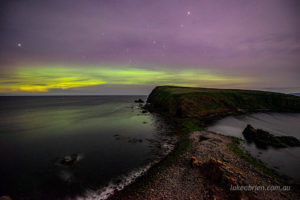 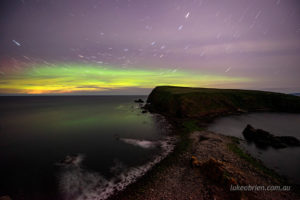 As the night went on, we stuck around as there was a good chance of an aurora appearing and low and behold, as luck would have it, I captured a small burst of activity early in the evening. Then back up at the lighthouse, I captured quite a stunning moonbow around the moon and lighthouse. 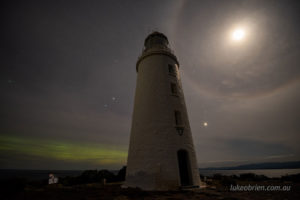 Aurora and moon-bow at the Cape Bruny lighthouse 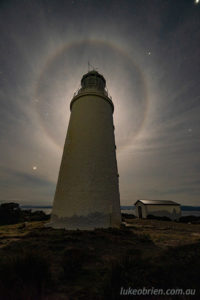 Possible my favourite shot of the trip 🙂

The next morning brought with it a little bit of fiery light. The geology of South Bruny Island is really quite stunning and makes for great compositions with the crashing seas and long exposures that you can capture at dusk and dawn. I am hoping to spend more time on Bruny in the months ahead, so will share more images as they are available. 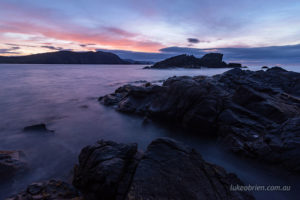 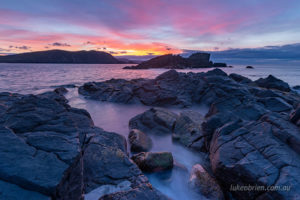 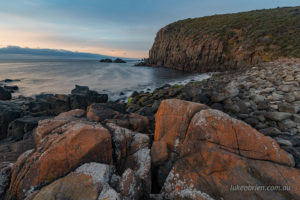 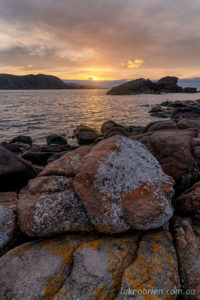 You can check out my Tasman Peninsula & Bruny Island online gallery to purchase any of these images as prints.