Last night I took advantage of the clear skies and lack of moonlight to get out and see if I could capture Comet Leonard. I decided on kunanyi/Mt Wellington as I hadn’t been up there in ages, and given the comets location in the western sky I thought the other side of Hobart’s city lights might be a good idea! 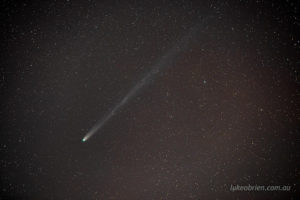 After locating the comet, which was in the general vicinity of Saturn (by far the brightest “star” in that part of the sky) the next toughest bit was getting a shot without some piece of space junk in the way!! Many, perhaps even most of my shots from the evening included a solid stretch of white line from a satellite. The night sky most certainly isn’t what it used to be… 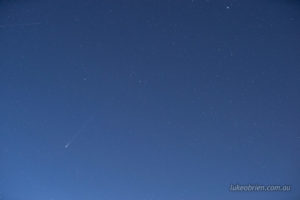 My first successful shot of the comet, in blue hour, around 10:30.

These shots were all captured with my Pentax K1 and made full use of the astro tracer function. I was using my 70-200mm lens for the evening. Try as I might, I could not see the comet with my naked eye this evening. 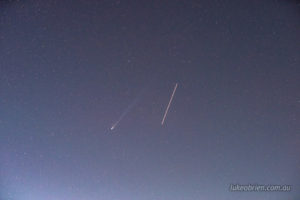 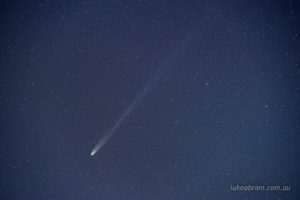 ISO 2000, 60 second exposure while the sky still had a tinge of blue 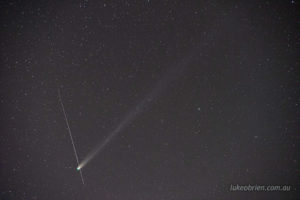 And then, around midnight or so, just as I was thinking it was time to leave, a tiny little little aurora popped up. So it turned into quite a busy night. Us landscape photographers just never stop working 😉 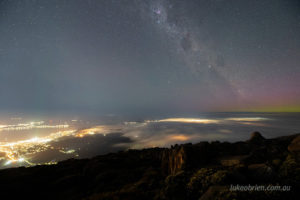 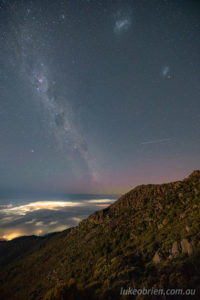 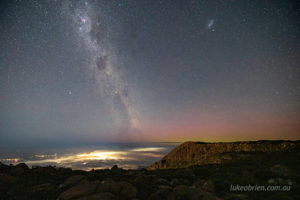