A couple of weeks ago I visited St Columba Falls during one of my private 3 day photography workshops and was pleasantly surprised to find quite a lot of fungi out. 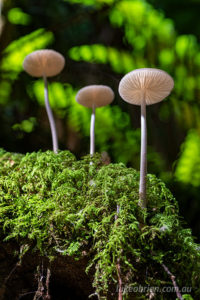 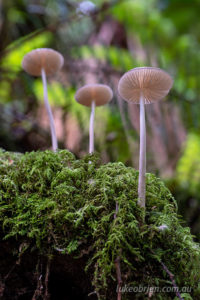 Fungi in the rainforest at St Columba Falls – sans sun

It was a sunny day but the clouds were coming and going quite quickly – the two shots above were taken just a minute or so apart, one in almost full sunlight, the other when the sun was behind the clouds. Quite a dramatic difference isn’t there. 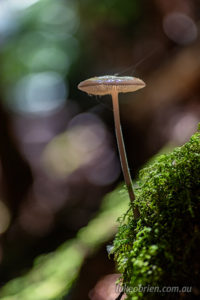 Fungi in the rainforest at St Columba Falls 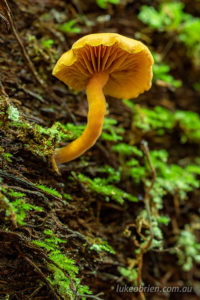 A nice orange fungi, found on a fallen log in the forest 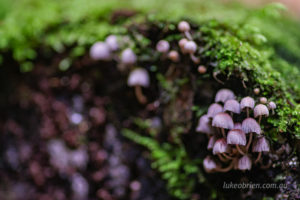 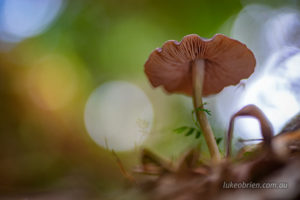 My personal favourite of the day. Spent plenty of time with this particular specimen. Lots of people passed us by no doubt wondering what on earth we were so obsessed with! 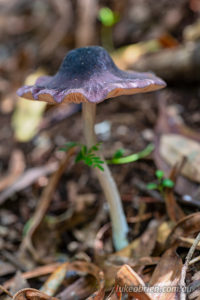 The same fungi as above, viewed from side on. It had a really nice purple cap 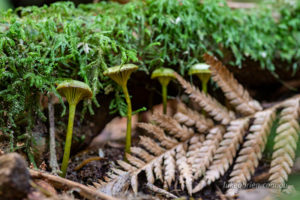 Green! I dont always find green fungi so it was nice to see this little line-up of 4 in a row. 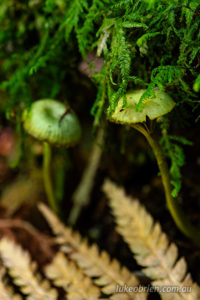 Another angle on a couple of the green fungi. Shot using the Pentax “pixel shift” ultra high resolution mode which is fantastic for fungi 😉

Given the summer has been cooler and wetter than usual, thanks to the La Nina weather pattern currently affecting Australia, and the amount of fungi that is already out, I am guessing this could be a great autumn for fungi photography. All of my autumn trips include at least one opportunity to photograph fungi, and I still have places available on all of them (the Tarkine trip is closest to fully booked) so if you are keen to join in the fun make sure to contact me soon!