The southern lights have been a little few and far between lately – and by “lately”, I mean the past year or two… This is not unexpected or surprising, as we are now well into solar minimum, so solar activity is low and the aurora is less frequent. The aurora is still appearing periodically, but for me it has been a very long time in between drinks. 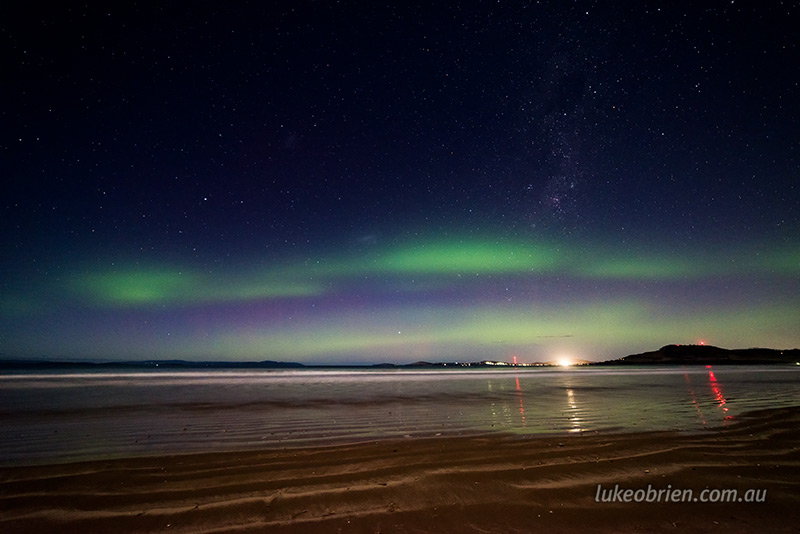 These shots are from August 31 2017. There was a major aurora earlier in the evening which in the end I missed, but I got a few shots from Seven Mile Beach which were still quite interesting! 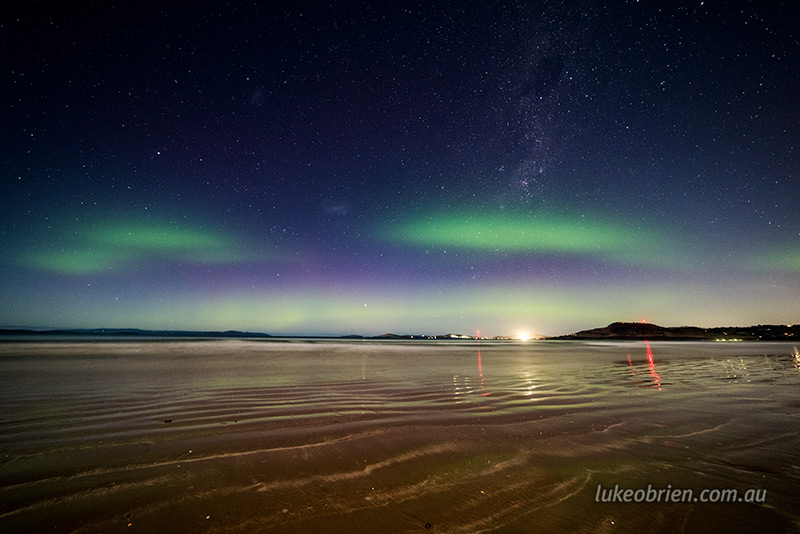 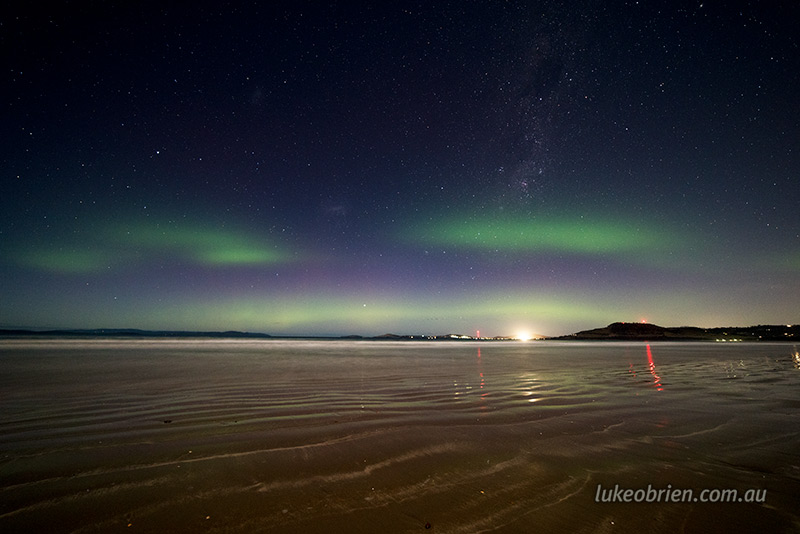 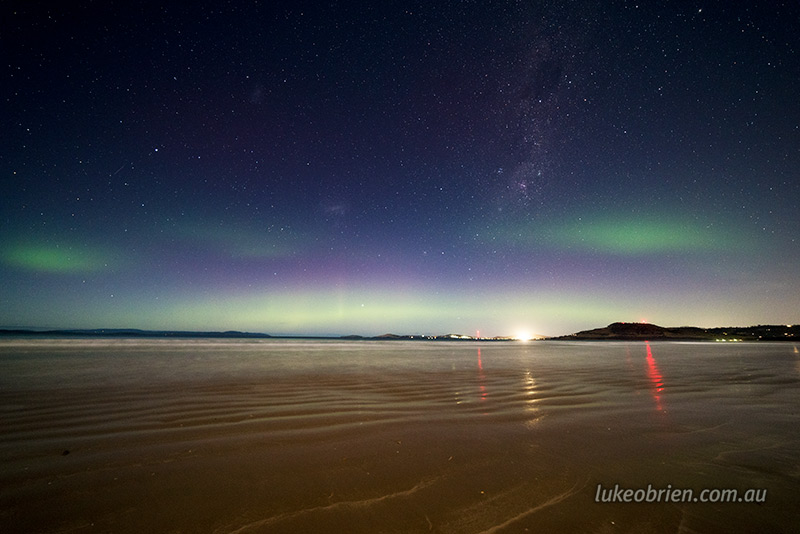 The moon was fairly bright this evening meaning the aurora would have been even more spectacular had it been completely dark. The lights starting to fade…

An interesting conversation about photographing the aurora is the impact of the moon. For me I much prefer dark nights, as the light of the aurora is the only light in the sky and all sorts of beams and colours can be photographed. Here are some shots from the exact same location (Seven Mile Beach) with no moon, and here are some shots from South Arm under basically a full moon. What do you think?