Last night’s sunset from Mortimer Bay. Long exposures captured with a 5 stop ND and the “Interval Composite” feature of the Pentax K1. 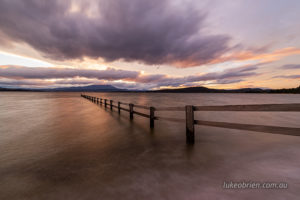 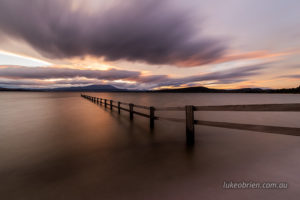 Combining a 5 stop ND with the Interval Composite mode of the Pentax K1 resulted in this 70 second equivalent exposure. 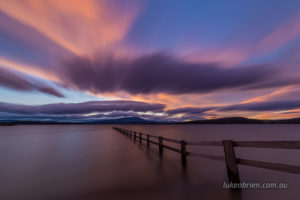 The dusk draws on and the orange becomes more noticeable, in fact there was quite a strong orange glow reflecting off the water which made for a very nice winter evening 🙂 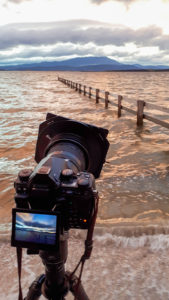 Behind the scenes of the shot above. Notice the orange glow on the water! 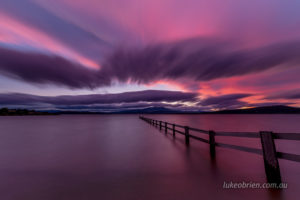 …and then the pinky reds came. This was 5 x 15 second exposures blended in Interval Composite ie 75 seconds of exposure 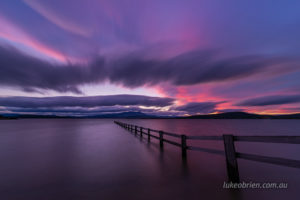 This one is 3 x 20 second exposures, ie 1 minute of exposure time.

The last image above also included an interesting lesson from the field. This evening I switched the “Save Process” to ON (normally I have it off). What this means is that each progressive image is saved. For the scene above I shot more than 3 exposures, but I noticed as the camera was working the tide came in and sunk one of my tripod legs during the shooting process (which was a few minutes after all!). The first 3 shots were fine but the shots after were not. Having the Save Process switched ON saved this particular shot – if I had it OFF like usual, I would have only had the end result – which in this case would have been unusable.